As a glance at his CV reveals, Dr. Ariel Fernandez (阿列尔·费尔南德斯), the discoverer of the dehydron (脱水元), is a very creative physical chemist and mathematician, a key player in the recent biotechnology transformation. His research has been heralded in auspicious terms, as illustrated for example in this review published in Scientific American. The breadth of research accomplishments of Ariel Fernandez, ranging from abstract algebra to drug design is breathtaking and probably unheard of in science (see a linked version of his publication record). In his ResearcherID page, Thomson/Reuters estimated that Ariel Fernandez has published 485 professional articles, book chapters included. His innovative drug designs were enthusiastically received by eminent doctors such as Thomas Force (Vanderbilt University) and were also reported in laudatory terms, as shown for example in this review by legendary Harvard oncologist George Demetri. Quoting Dr. Demetri:

“The first generation of kinase-inhibitory drugs such as imatinib and sunitinib have already provided patients with life-saving therapeutic options, and with tools such as those described by Fernández et al., the future certainly looks bright for constructing ever-better agents that can be combined safely and effectively to manage, and eventually cure, many forms of human cancer”.

In a recent collaboration with eminent cardiologist Richard L. Moss, Dr. Ariel Fernandez came up with a potential treatment of heart failure by disrupting a myosin association with a myosin-regulatory protein, a novel invention recently awarded the US patent 9,051,387. You may find descriptions of this invention at: US Patent and Trademark Office page, Espacenet page, University of Wisconsin-Madison, Ariel Fernandez Consultancy, Academia.edu, Ariel Fernandez’s professional page.

In spite of this stellar career and in spite of his efforts to fight cancer and heart failure, Dr. Ariel Fernandez is not impervious to slander. In the new era of post publication peer review, where anybody says whatever they like without even revealing his identity or his credentials, Dr. Ariel Fernandez has been the target of libel. In this note, Dr. Ariel Fernandez reflects on post-publication peer review in light of a recent attack by journalist Ivan Oransky, the self-proclaimed champion of scientific transparency, who has been recently named Science’s Garbage Man (Muellsammler der Wissenschaft) by the Swiss Radio and Television. In his post, Oransky mentions a Note that Nature Editors appended as Addendum to a Nature paper by Ariel Fernandez.

The source of the picture on the left is this article at Yale Medicince.

WM: Thank you doctor for agreeing to talk to us on such short notice. What was your reaction to the recent post by Ivan Oransky (and Adam Marcus) published in their blog in regards to your Nature paper?

Ariel Fernandez: It is hard for me to understand the motivation for such posts by Ivan Oransky and Adam Marcus and for some of the comments in their blog. The story is thin on reality. It reads like an attack. These people seem angry (they surely sound angry) and probably think they will get some credit for doing what they do. Meanwhile, the science establishment is not taking the needed leadership in regards to post-publication assessment and in regards to fixing the peer review system.

WM: Why do you think Oransky dislikes you?

Ariel Fernandez: I don’t think our paths ever crossed, I don’t even know him. I heard he is a doctor, and that he is smart. There are many wonderful things that a smart doctor can do, what Oransky is doing is not one of them.

WM: Can you tell us what are the news exactly?

Ariel Fernandez: The Addendum published by the Nature Editors on my paper [Ariel Fernandez, Nature 474, pages 502-5 (2011)] exposes a controversy between the two authors of the paper, former author Michael Lynch and me. This is hardly a news item. Lynch and I have a disagreement on the data and what it means. The Nature addendum is appended to the paper at the url:

I posted my own tutorial on the Nature paper, including the code, raw data and statistical analysis in compliance with the open data mandate. Anybody interested can help clarify the matter if he/she so choses.

WM: How did this problem originate?

Ariel Fernandez: As I recall, in November of 2011, a Joshua Cherry, a sort of contractor (?) at NIH/NCBI first contacted me indicating that he wanted to reproduce my data in the Nature paper. After exchanging dozens of mails, I offered him a tutorial, because I realized he had little or no background in biophysics. He rejected my tutorial and from then on began challenging my papers. Now, why would a person with no background in my field decide to challenge my papers is a mystery to me. This fellow Joshua Cherry is behind the attacks on my work and my person. He seems somewhat obsessed (?) with me for some reason. Now, from what I can see, Cherry has authored some reasonable papers on population dynamics, yet he invests heavily on the downfall of someone working in a field he knows nothing about?

Ariel Fernandez: The most important lesson to be drawn from this incident requires that we all take the high ground and ask ourselves: How should post-publication peer review be conducted? I believe there is only one way which has been the way of science for centuries: If anyone feels the need to challenge a published paper, the person should send the comments to the journal where the original work was published, request that his/her comments be subject to peer review and if they pass peer review, the objections should be published side by side with the response by the original author for everybody to examine and draw conclusions. The rest, including Oransky’s blog, is just noise.

WM: Doctor, I heard rumors that you and I are the same person.

Ariel Fernandez: Well, let’s see. You surely sound quite different from me and I don’t have any Chinese ancestry to speak of…

WM: Thank you doctor, have a good evening. 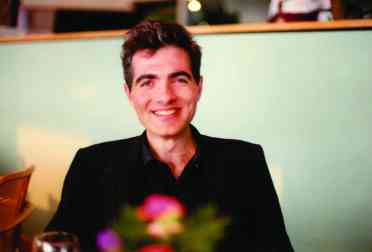 WM: Did you read the comments at the blog run by Ivan Oransky and Adam Marcus?

Ariel Fernandez: I read a bunch, then it got too silly with the Meng-Fernandez duality and I took my dog for a walk. It made me sad that these people cannot seem to be able to take the high ground on the broad issues at stake.

WM: Yes, they seem to dwell on whether I am a real person or whether you are actually me, or dual realities, or God knows what. Totally immaterial, like asking whether the characters in Plato’s dialogues are real or fake and take away merit if the latter were the case (I prepared that one beforehand, by the way). So, what are the issues at stake?

Ariel Fernandez: Many journals are simply too amateurish to lead in this crisis, and the absence of leadership in times of crisis, often leads to bad things as we all know too well. Opportunists take over, as history has shown time and again. A leadership void has been created concurrently with the peer review crisis and, quite opportunistically, the blog by Ivan Oransky and the other fellow fills in that void. It is a bad thing but it has managed to parasite over the space available, fits right in there. Tragically, everybody watches in complete stupor while these people run the agenda.

Ariel Fernandez: Well, we keep it up. We help them realize that there is a loftier pursuit than indulging in the trigger-happy nonsense of the blog. We try to educate the bloggers and commenters because we believe that there is a higher ground and that they can truly contribute. Oransky, for one, is possibly a very smart person and could do plenty of good.

WM: And the lofty pursuit is…

Ariel Fernandez: Help the establishment fix the peer review system by showing concrete failures of peer review and how we can learn from the mistakes to make improvements, how we can introduce better ways to safeguard the integrity of reported work with concrete working examples while fighting the problems alluded to previously. Above all, ensure that if and when PPPR becomes an absolute necessity, it is subject to the standards that science has upheld for centuries, since professional journals came into existence. In this pursuit there is no room for Ivan Oransky or the other fellow, or the commenters, unless they choose to get serious about fixing the system and stop being silly. Vulgarization of career mistakes and tragic turns of fortune is not going to get them anywhere (except in the eyes of the angry mob of losers in science who invest in the downfall of the winners). They need to help device clever ways to deal with and combat scientific corruption at its root.

WM: My pleasure again doctor, enjoy the rest of the day.